What is District Energy?

Big power plants produce electricity which is distributed over wires to large energy grids. In this process, something is burned, usually gas, coal or oil, to make the steam that turns a turbine and spins a generator to make power.  In this process, a lot of heat is generated. The idea for District Energy is to put this heat to a useful purpose, rather than just have it go up a stack.

District Energy often refers to systems that deliver heat, cooling, and electricity as combined heat and power (CHP) systems. They may also be referred to as cogeneration facilities. The heat and energy production is localized and near to the areas they will supply. As electricity is made, the heat is used to heat buildings or to cool them. The sources of heat used to make steam are many and varied. CHP systems offer flexibility in fuel selection and can take advantage of both fossil fuels as well as locally-sourced and renewable fuels such as wood chips, landfill gas, biomass, waste, or digester gas. A good video describing how a CHP (aka cogeneration plant) operates is shown to the right.

The district heating portion of a District Energy system simply delivers heat from a central source to supply multiple destinations, via steam or hot water piping. Heat is a form of energy. The heat is delivered to the buildings hydronic system at the building site. These systems are made to accept steam or hot water usually. In this process the hot water or steam is cooled, as the energy is used for space heating or domestic hot water, and is returned back to the District Energy site to be reheated.

Since the early days of district energy, things have improved. The CHP energy efficiency can reach 90% as waste heat is re purposed for local energy grids like college campuses or company industrial complexes. CHP reduces the carbon footprint of separately generated heat and power. Furthermore, it is one of the most cost-effective methods of reducing CO2 emissions. In 2008, the Oak Ridge National Laboratory published a report entitled Combined Heat & Power: Effective Energy Solutions for a Sustainable Future which is a good first read on the subject.

For a more in depth look at “What is District Energy” visit the International District energy Association information page.

District Energy in the US

The idea of District heating has a long history beginning in the U.S. Naval Academy in Annapolis began steam district heating service in 1853. Although these and numerous other systems have operated over the centuries, the first commercially successful district heating system was launched in Lockport, N.Y., in 1877 by American hydraulic engineer Birdsill Holly, considered the founder of district heating. Over time, as steam technology improved, steam could be piped for longer distances and buildings were constructed to distribute steam heat through radiators.

To this day in the US, there are a multitude of systems that continue to operate based on steam piping delivery, which continue to be plagued by the same problems as their forebears – corrosion, high maintenance, safety and inefficiency. There are also many systems where steam has been replaced with schedule 40 hot water piping which is also expensive to maintain. Newer built, more energy efficient buildings can take lower temperature water in for their heating, but many older US buildings in urban areas either use steam to feed a fan coil forced hot air system, or steam directly to feed steam radiators, or hot water for hot water radiators.

The picture for District Energy in North America is very different from the European experience. The story in Canada and the United States is one of trial projects, lack of government support, and in some cases outright barriers to development. The US is decades behind the innovations and proven advances in Europe. What is amazing is that the US continues to replace steam system piping with steam system piping, or schedule 40 hot water systems when far superior thin walled schedule 10 steel technology is available.

There are much better ways to distribute high temperature heat to supply building heating needs using multilayer, jacketed, insulated high temperature water piping which is safer, much easier to route, much less expensive to maintain, much more efficient, and will last far longer.

Learn more about the advantages of the European style District heating systems.

We offer US customers a simple pathway to obtain far superior solutions that take advantage of the Danish technology which has been proven over decades of experience. We offer a complete one stop shop working with our Scandinavian partners to deliver highly experienced engineering, installation, and management talent.
Learn More About American Energetics

Best of Breed – What is the Best Technology Available Today?

Completely dependent on imported oil for decades, Denmark was severely affected by the oil crises of the 1970s. It was decided to take a new path to meet growing energy needs and, at the same time, to cater for environmental concerns. As a result, green issues such as energy efficiency, renewables, waste and resource management,clean air and water and sustainable cities have become deeply embedded in the mindsets of the Danes. And time has shown that economic and environmental policies can indeed go hand in hand. Since 1980, Denmark has grown to become a global leader in the development of new sustainable technologies and solutions. During the same period, the Danish economy has grown by almost 80 per cent without increasing gross energy consumption. Denmark is proud to be able to share its solutions and inspire nations, companies and citizens all over the world to invest in green growth.

Denmark has a stated goal and national obsession to become independent of fossil fuels by 2050. This is backed by an ambitious policy framework as well as a multiple-solutions approach. The ambitious goal will be reached by increasing energy efficiency and resource optimization; by expanding the share of renewable energy from sources such as wind and biomass; and by driving the development of an intelligent energy system capable of managing the fluctuations of renewable energy. All of these initiatives are made possible by having the district energy networks as the backbone of the energy system. No single technology can ever do the trick all by itself – no matter how innovative and effective it is. Danish companies know that. Instead, they successfully complement each other. As a result, Denmark has become a global leader in producing integrated end-to-end solutions to match the growing needs internationally. This includes superior hot water piping, process controls, management strategies, heat exchangers, installation techniques and operations. (Learn more about Danish Technology leadership) 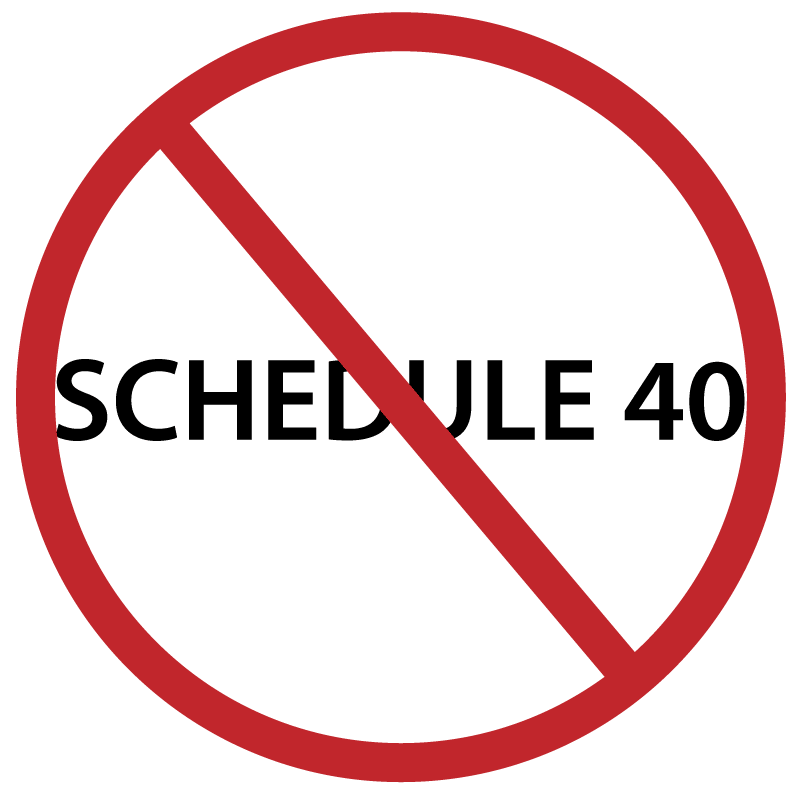 Using the European manufactured thin walled, prefabricated, multilayered, Schedule 10 steel piping as part of a hot water system has many advantages over the US standard schedule 40 piping for steam or hot water. 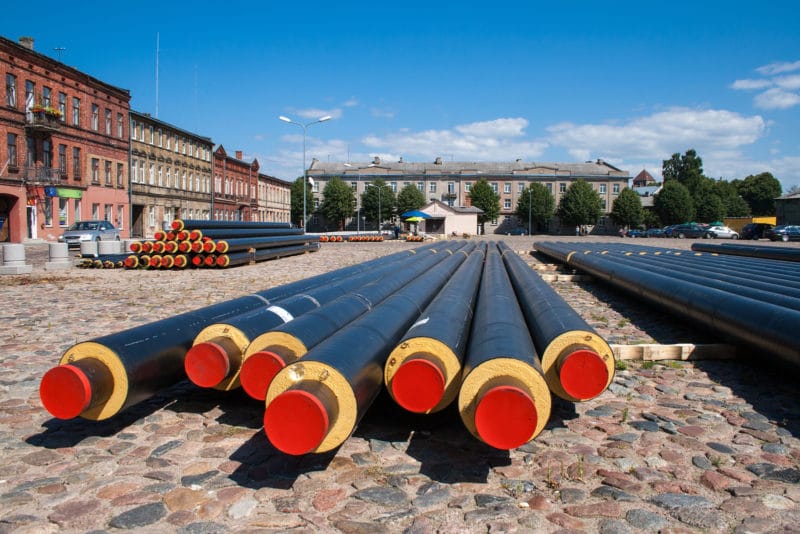 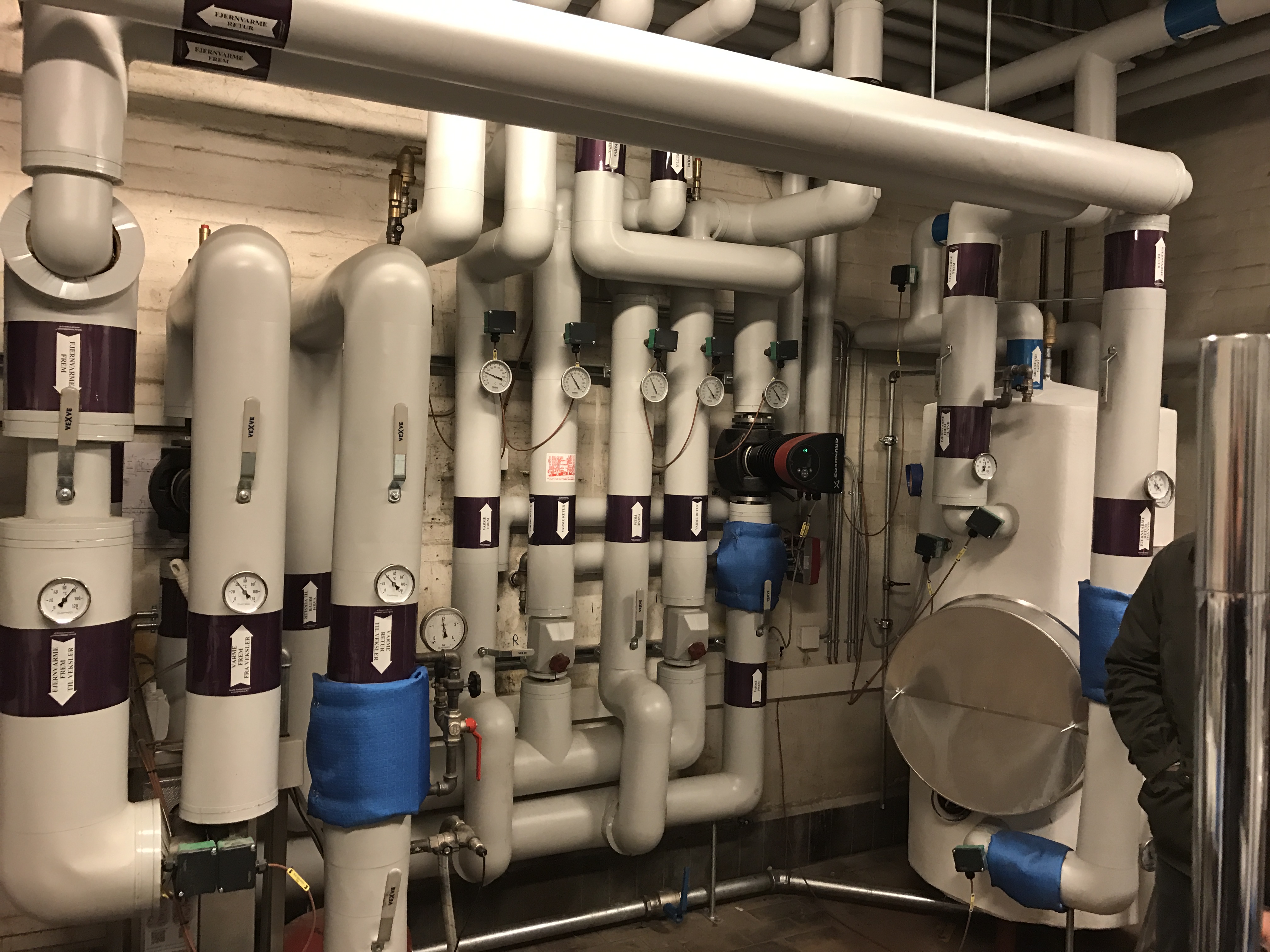 US Reluctance to Change

Why aren’t contractors and customers in the US taking advantage the European Systems and technology?

No experience in the European piping installations.

Installation of the European style piping takes a specialized skill set and American contractors don’t have the experience. This adds risk to customers because improper installations can have problems. This leads to conservative bids due to risk and higher prices.

The European Hot Water piping systems are superior in every way to Schedule 40 hot water piping. This means much less maintenance which means reduced future contractor revenue.  It is better for contractors and engineers to design what they know (Schedule 40) and get paid to maintain it, than to install low maintenance technology. Again, US contractor lack of experienced workers in the European systems increases their risk as well.

American customers are often forced to do things in a partial fashion due to budget constraints. Replacing piece by piece leads to an uncoordinated overall system which doesn’t yield the gains that a complete overhaul can represent.

Financing for large installation replacements with steam or schedule 40 piping can make financing difficult because they don’t last, and maintenance costs are high. Replacing entire hot water systems with better European technology can result in large budget estimates, however financing is eagerly available.

Lack of US Customer Awareness

US engineers will usually design what they are already familiar with. More education is needed for US customers to understand the incredible advantages of the European Hot water systems over current US designs and ask for those choices from the engineers who are designing their systems. The customer could benefit from European designs that offer much higher efficiency, lowered maintenance costs, and lower fuel costs across the board, but they don’t know there is a better way, or their designers aren’t giving them those options.

Not invented in America and Insufficient Political Will

The fact that American’s didn’t invent the technology can be a bias for sure, but Americans have never been motivated by necessity to invent this superior technology before. The Europeans were forced to reinvent the technology to get off their dependence on fossil fuel because the high cost was crippling their economy as well as governmental mandates to drive conversion. What they have done is remarkable. Link. They went from total dependence on fossil fuels and will be totally independent of fossil fuels by 2050. They have had a 40 year head start over the US and have learned to squeeze every ounce of energy from their limited resources. They imposed a national will to change for the better, and it is working. At some point we will be forced to do the same, but right now there isn’t the political regulations or mandates, so being wasteful is possible, even when it is much more expensive

The International District Energy Association (IDEA) is a nonprofit trade association of district energy professionals, whose support and collaborative input have enabled our organization to inform, connect and advance the district energy industry